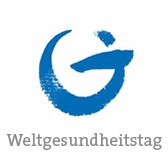 GINA was launched on 1 October 1996 as an initiative of the World Health Organization (WHO), the Swiss Research Programme on Ageing (PNR32) and the American Association for Retired Persons (AARP). GINA is a flexible, informal and interdisciplinc framework for organizations and their representatives interested in the many different aspects of ageing.

GINA´s membership consists of the representatives of organizations which have programme activities focusing on ageing issues. Included are: United Nations organizations headquartered in Geneva, international non-governmental organizations (NGOs) as well as Swiss and Geneva organizations or institutions concerned with research, training and/or services to older persons, as well as associations of older persons themselves.

maintenance of independence and autonomy;
integration and participation in a society for all ages;
human rights and dignity for all;
highest possible level of physical, mental or spiritual well-being.

GINA's first activity was the celebration of the International Day of Older Persons (1 October 1996) in Geneva in accordance with the 1991 United Nations Resolution.

Since then, GINA´s work has largely focused on preparing activities towards the International Year of Older Persons 1999, an occasion for the world to celebrate ageing, not only one of the greate achievements of the XXth Century, but also one which presents both challenges and opportunities for the next millennium.

GINA aims to promote physically, mentally and socially active and healthy ageing throughout the life course. GINA also endeavours to focus attention on issues relating to the income security, human rights and dignity of older persons around the world.

GINA´s goal is to provide a platform for information exchange and networking among policy-makers, activists, researchers, professionals in service provision and training, as well as among today´s and tomorrow´s older persons.

A fundamental feature of GINA´s mission is to raise public awareness by organizing panels, symposia, workshops and special events.

Leadership and Expertise in Ageing

By bringing together leadership and expertise in the various fields of ageing, GINA has a unique potential to contribute to present and future responses of society to the ageing of population Through its interdisciplinary nature, GINA is able to address the challenges and opportunities presented by an ageing society in an integrated and interactive way.

For example, under the leadership of the World Health Organization (WHO), GINA has set up a committee to organize a global movement highlighting the importance of active and healthy ageing through walks and celebrations for all ages. WHO, together with the GINA sub-group, is taking the lead in promoting and organizing walk event on a global scale in 1999, the International Year of Older Persons.